In Delgany NS all pupils take part in PE classes twice a week. One of these classes is led by the class teacher. The second is led by Craig and his team from Southside School Sports (https://southsideschoolsports.com/). We are fortunate to have both an indoor GP room and lots of outside space including two yards – once which doubles as a basketball court – and a field. All strands of the PE curriculum are covered. The year is laid out as follows:

Swimming is also offered to pupils each year as an after school activity at a subsidised rate.

This year we have prioritised orienteering which is part of the Outdoor Adventure Activities strand. All classes did some orienteering during the summer term. This was helped by our new Walking Trail provided by Active Schools which includes orienteering codes.

Here are the Junior Infants trying out some orienteering! 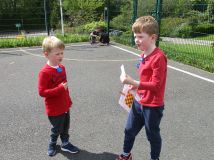 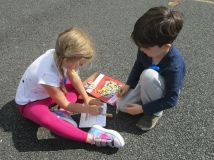 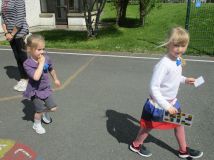 Here’s 4th class in the hall playing some games. 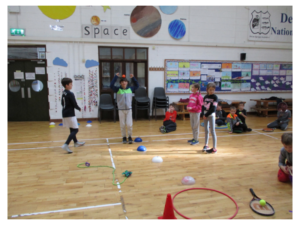 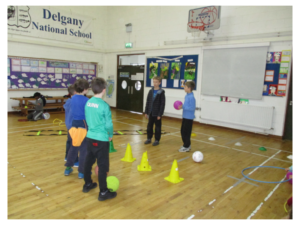