On the 16th May 2022 eight children from Delgany National School went to a golf tournament in Delgany Golf Club. There was a girls team and a boys team. We played a scramble tournament which means that each person took a shot and the best shot taken was the one where everyone took a shot the next time. After playing the 9 holes we had a demonstration from the golf pro at the club. She showed us how to chip out of the bunker and drive a long shot. Once that finished we went up for lunch (chicken and chips) and prize giving. The boys had a great score but the girls won! Everyone was so shocked. Sofia came up with an amazing speech on the spot. The next day we arrived at school with a giant trophy and an amazing experience. 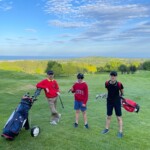 Practice in the sunshine 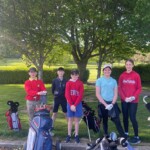 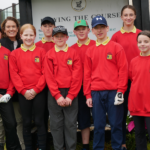 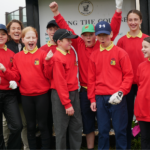 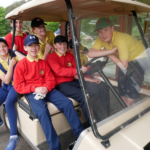 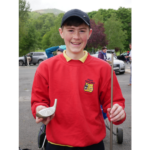 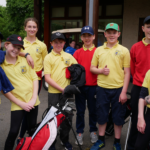 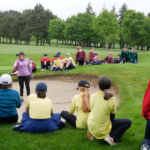 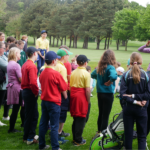 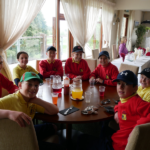 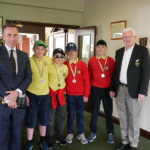 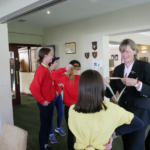 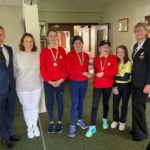 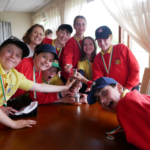 The whole team with the Girls Trophy!

We had a brilliant afternoon playing a fun golf scramble competition in Glenmill Golf Club on 12th June. 18 players from 3rd to 6th Class competed in teams of three or four. Two teams won with a score of 34. Following the game we enjoyed refreshments and everyone received a prize. It was a super day and we’re looking forward to more like it next year.